So.. Wales Rally GB rocked into Llandudno last weekend (7th October 2018) – So I walked outside and grab some photos of the Donuts and Starters…. 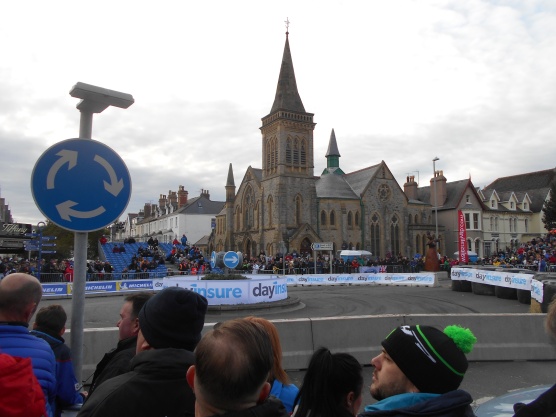 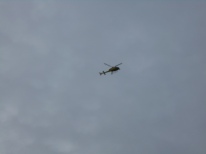 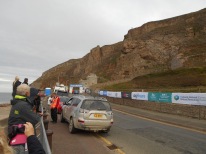 I never knew such a thing existed!

Welcome to my new photo room on SnapFish, so far you can view my trip to Australia, back in 2006! More to come!!

I ask myself frequently, am I out of touch with the world? Is there something I am completely missing?

I sit in work and I hear in the background, the endless drones of RADIO 1.

Now I used to love the charts when I was younger, when I look back, there seemed such a diverse, varied selection of music. Now today, it is the same electronic drumline, with an OLD classic running in the background and some dude rapping over the top of it, thinking he / she is the biz? I mean come on, really??! is this what the music industry has come to? There are so many artists out there from the past, that they could play a variety of old songs every hour and not hear the same song twice! Even worse, I find that every club or pub you go to now, also seems to play the same songs that you have heard on the radio 6 times during one day! DJ’S LOOK THROUGH YOUR MUSIC COLLECTION….YOU HAVE MORE THAN 40 SONGS AT YOUR DISPOSAL!

I find myself, forever looking for new, alternative music and so I seek solice and have done for many years in real old school hip hop and acid-jazz – including old classic music such as Oasis / Blur and other offerings the 90’s had. “bored of the mainstream, I go in

search of an alternative”

I find people so fickle when it comes to music – if it is not in the charts, IT AINT COOL, apprently. I see….

I remember working on the music desk for one shop and I went to put on the first Kasabian album. I had heard a couple of tunes on MTV and thought, yea, a bit different….

The manager, told me to change the record. A month later, that very album stormed the charts and guess what …..it was loved by everyone.

BE YOUR OWN PERSON

Movies, Now where do I start with these?? hmmmmmm……”THE AMAZING SPIDER-MAN” a re-boot of a fairly modern film??? going over the origins of spiderman again!!? We do not need to see this! Why not treat it like the old Batman film series, where it was a continuation of the story with a NEW front-man? It worked for them. It worked for the last mummy film, why not spiderman?

3D is a total pointless waste of time – the adverts are more 3D than the film! Been there, done that! Saw this fad 15 years back. It was good then….utter rubbish now.

My next rambling is about technology – I work in the world of IT, I love my Job, it is brilliant.

The one thing that really ticks me off though…..TECH NEWS! Dominated by iphone or some other meek competitor’s offering. Rumours about what the great giant piece of fruit named company is going to do for it’s next offering. I read one tech site after another and it is “app” this and “smartphone” that………let’s get real here! A work colleague asks me frequently, “when are you getting a new phone?” – I love technology, do not get me wrong, but why the hell do I want my emails on the move??! when I can sit at home on my tablet and go www.emails.com and woop! They magically appear! I do not need to see 24 hours a day, in the middle of town or on a night out, every time I get a junk email trying to sell me viagra or tell me that I have become entitled to a million krona “please hand over you bank details here blah blah blah” Granted, having a tablet is very useful for just flicking on to check emails etc, rather than booting the old laptop while you are having a brew or watching telly – but on a phone?! I have seen 2 useful apps in the last 6 months, one that allows you send txts from your phone without even touching it. The other gives you all the latest movie releases. What about all the other tech in the world!

The worst part of having all these “great features” on your phone is people are paying £25 + a month on a 24-month contract…………I might as well as hand my bank details to nice people offering to wire 10,000 krona to me.

My next ramble is chav culture, celebrity big brother – big brother, big hair, trowels of make up. I am not ashamed to admit this, but I do like the bbc’s “SNOG, MARRY, AVOID” as it shows a percentage of the utter idiots in this world and transforms them into reasonable looking human beings.

90% of them I would AVOID! How is big hair, fake eye lashes and an inch thick of makeup and fake tan attactive! Use proper words too! Speak properly!

BIG BROTHER, we have seen it, we have got the T-Shirt, go away.

If anyone reads this, I hope at least one of you sees my frustration with the world. I have more ramblings to come for another time, another place. Goodbye.

My own music player

This is an animated music player, created some time back. It’s playlist consists of little remix’s and mashup’s of well known and some unknown tracks – produced on a Hercules Mp3 Mixer – MK1 – Enjoy!

My own music player

This is an animated music player, created some time back. It’s playlist consists of little remix’s and mashup’s of well known and some unknown tracks – produced on a Hercules Mp3 Mixer – MK1 – Enjoy!

Welcome to MUSCLEMEDIA & TECHDESK – I have expanded my portfolio into  the IT sector. TECHDESK is the IT / Support arm of my portfolio. It has a dedicated part of the website – http://dc.musclemedia.me.uk. This contains links to various VM’s that I have created. They are operational on request. it also contains a link to my crossloop support site. Enjoy.

I have not blogged for a while, and well I have a bit of free time now, so why not? I am working hard as always, but have moved away considerably from the web side of things to more the full throws of technical support. The tech world has moved on so much in the last couple of years – 3D tv? I personally think this is a fad, but hey! Tron was diabolical half of it was 2D! ripped off! Tablets? I think they are something that are here to stay  – some say they are going to replace the PC pretty soon in your home. If you are a novice user of a PC or average user that checks email or uses Facebook / social networking then yes this is true. If you are like me and spend your time building exchange virtual PC’s and other such like, then to me the PC / Laptop is definitely not going the same way as the dodo went several years ago. In fact, I am revamping my internal infrastructure this year and building a desktop – as a hobby and to gain more hardware experience – also for the pure enjoyment. Right, that is about it really for the moment….I am hungry …lets eat!